At Fuse Solutions, we do one thing – we bridge the gap between the customer and technology. Our customers focus on some of our nation’s mission critical infrastructure paramount to running our great nation, our leadership team has been involved in the development, deployment and sustainment of most of this critical infrastructure thus possessing invaluable insight into the cyber challenges that face our country. Leading cybersecurity initiatives isn’t for newcomers – it requires years of experience, extensive contacts, deep knowledge of industry trends and proven operational know-how. The Fuse Solutions team has an enviable track record of successfully guiding cybersecurity initiatives from inception through to rollout and sustainment, providing hands-on leadership developing and executing everything from net new infrastructure roll-outs to re-engineering existing infrastructure and everything in-between. Each member of our team brings with them the special super powers necessary to that conquer these challenges and much more!

Bottom line! Fuse Solutions has the right leadership, technology, the right access, and the right expertise to support a broad spectrum of customers spanning from commercial, SLED (state and local government) as well as classified government customers alike. 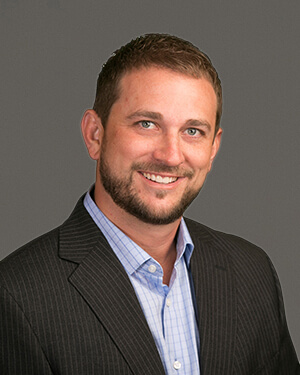 Jason was born in Baltimore, Maryland and raised in Glen Burnie where he was active in sports and learning how to work on and restore cars (with the help of his father)!

Jason was trained as a 6154 – Helicopter Airframe Mechanic, UH/AH-1 by the United States Marine Corps, where he served as a non-commissioned officer in the 3rd MAW (Marine Aircraft Wing), MAG 39 (Marine Aircraft Group 39), HMT-303. Here, Mr. Miller held several technical/leadership positions and was selected by senior leadership to participate in numerous meritorious promotion boards where he was successfully promoted ahead of schedule above his peers.

In addition, Mr. Miller served as an M-16 and 9MM instructor at the Edson Range aboard Camp Pendleton. Later, he was hand-selected by the Sergeant Major of MAG 39 to be Col. Rogers’ (Commanding Officer of MAG 39) personal driver. Once he served his term as Col. Rogers driver, he returned to the fleet where, during a routine military exercise, Mr. Miller sustained a critical injury that would prove to end his military career.

After being honorably discharged due to medical conditions, Mr. Miller applied and was chosen to participate in a program through the VA called vocational rehabilitation. It was here that he became fascinated with computers and began to cross-train professionally for a life-changing career in Information Technologies (IT). For the next 14 years, Jason held several consulting and civilian positions within the intelligence community (IC) and commercial sector. Mr. Miller worked for several firms such as ComPro Systems, Fiber Plus, Essex Corporation and ProSync Technologies. Eventually, he left the consulting role for a position as a DoD civilian where he would lead a team of both civilian and contractors in the build-out of a major infrastructure that supports one of DoD’s most important cyber-missions. This infrastructure still stands today. Because of his work in this capacity, he and several other co-workers received recognition by General Keith B. Alexander for their work supporting and building mission elements.

In 2009, Jason left the DoD to establish Critical Resources Group, LLC (CRG) to provide top-notch engineering and support services to the IC. Jason transformed CRG from a team of just two people to just under 30 full-time engineers and seven cleared long-term service contracts.

A year after CRG’s inception, Jason established a Federal Sales Division within CRG to cover the IC and fill the void of true solutions provider. In just over three years, Jason led CRG from zero to over $25 million in annual revenue. He and his team negotiated strategic VAR (value added reseller) partnerships with industry-leading vendors such as FireEye, Arista Networks, Palo Alto Networks, Splunk, Gigamon, and A10 Networks. CRG, in very short order, forged its way in a very competitive market to becoming one of the top federal solutions providers within the IC and exemplified the term “VAR.”

In 2014, Jason became the Executive Vice President of ClearShark after successfully navigating a merger of CRG and ClearShark sales units to combine two super awesome sales organizations together to tackle the federal sales market.

In 2019 Jason assumed the role of Chief Executive Officer of Fuse Solutions, a Fuse company. Jason brings extensive experience delivering technical solutions to the most demanding Federal enterprise customers in addition to his broad and deep experience managing dynamic and growing businesses.

In addition to being an avid technologist and business leader, Jason likes to restore cars, work on projects around the house and spend time with his Fiance and their 7 kids! 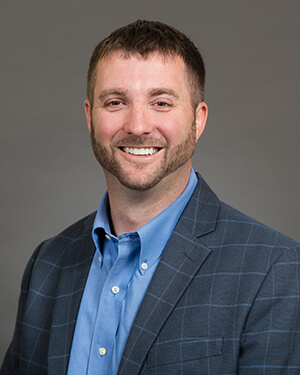 Jason Middleton is a native of Maryland’s Eastern Shore, where he grew up on a horse farm in Cordova and on the beaches of the Wye River. He spent his summers working for local farmers in the fields as well as his father at Western Auto, where he learned the importance of customer service and developed a strong work ethic.

At a very young age, Jason was well on his way to becoming a mechanic and was expected to take over the family business. That all changed in 1995 when, at age 15, Jason took a typing class at Easton High School which changed the trajectory of his future.  Typing class led to him turning screw drivers and wrenches on computers and ultimately enabled him to start a small IT consulting business during his last three years of high school.  During those three memorable years he built hundreds of computers, small networks, and data storage strategies for local businesses such as accounting firms, real estate companies, medical and law firms.

After high school, Jason was given a full scholarship opportunity from local businesses, but chose to leave the Eastern Shore to pursue his Bachelor’s degree at UMBC and live life away from the comforts of home.  He rowed club crew for UMBC, where he graduated with a degree in Information Systems. During his time at college, Jason worked in both healthcare and higher education as a system administrator and network engineer. His primary responsibilities included managing large FreeBSD and Linux server farms, Cisco routers, switches, firewalls, 2,000+ desktops, as well as multiple enterprise products from Microsoft and Apple.

In the mid-2000’s, Jason’s IT experience ultimately lead him to the Intelligence Community where he supported all areas of IT infrastructure. From there, he went to work in the storage industry at NetApp. After leaving NetApp, Jason became an independent storage architect for the U.S. Government before being asked to start a sales team focused on a specific U.S. intelligence agency.  Four years after building the business, Jason decided to try his hand at start-up life. He ventured into Silicon Valley, but before long, he realized the need for VAR support personal that could be extensions of their OEM partner’s support staff.

Through his previous reselling career and Silicon Valley start-up experience, Jason recognized a need for dark site support, this very unique support model creates a true conduit between development teams at technology companies and our customer base.  Jason’s forethought has provided Fuse Solutions with the opportunity to develop custom offerings to bridge the gap between both the customer and the technology partners. As the CGO of Fuse Solutions, Jason continues working with our staff, partners and customers to further refine and develop our offerings to provide our partners/customers with the world class hands on and technical guidance needed to fully support their product/mission.

In the winter months, Jason loves to snow ski with his two boys and during the summer you can find him on the sandy beaches of the Wye River with his wife and kids. He is an avid U.S Coin collector and his favorite coin is the Chain Cent of 1793. 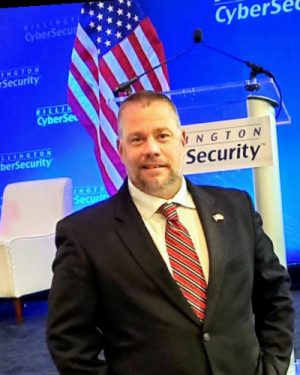 Tim was born and raised in Baltimore, Maryland.

Mr. Tim Teal. Tim comes to us from a distinguished career in government service. Tim has spent much of his government career at the tip of the cyber operations spear, building and leading cyber-focused mission elements. Tim has served the government for more than thirty years, including ten years on active duty in the Navy.   After leaving the service, Tim continued his national defense career with twenty years of service at the National Security Agency (NSA) in multiple executive and leadership roles. His last five years in the government were spent standing up the United States Cyber Command (USCC) J9 and serving as Director of J6/J8 & J9 for the Cyber National Mission Force (CNMF). Tim’s experience as a national leader in the cyber mission space will be invaluable to the Fuse family.

Tim’s primary responsibility will be to serve as the Fuse Solutions, LLC Chief Technology Officer (CTO). Fuse Solutions has the charter to incept, develop, build and deploy secure technical solutions for any and all customers in the U.S. industrial base – commercial, state and local government, higher education and the federal government. Tim will be the chief architect of Fuse Solution’s portfolio of products and services that provide more secure, more reliable, better performing technical infrastructure to support and enhance our customers’ missions.

Tim’s knowledge and experience will also be invaluable in guiding cyber strategy for Fuse Engineering, the affiliate firm to Fuse Solutions that is focused solely on federal government contracting. Fuse Engineering has served the DoD/IC mission space for over a decade, providing technical thought leadership and expertise. Tim’s insight into the cyber challenges that face our country today will help Fuse Engineering shape and focus the technical services that we provide to our federal government and their mission.

The Fuse family of companies is excited about having Tim Teal as a critical part of our team and we are looking forward to doing great things together in the cyber mission space.

Fuse Solutions is continuing to provide essential services without interruption, following guidance from the CDC and implementing remote work strategies. We are closely monitoring the impact of COVID-19 on our employees and customers, and remain committed to keeping you informed of updates. Please contact us at info@fuse.solutions for additional information.